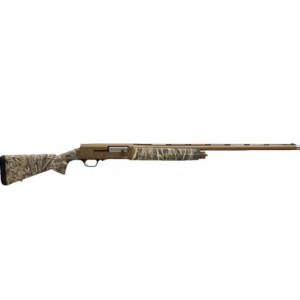 Initially, the company was established to market the wearing (non-military) plans of John Browning, one of the world’s most important and productive firearms innovators. Nearly all of John Browning’s innovative plans have been manufactured under permit by different companies, including Winchester, Colt, Remington, FN Herstal, and Miroku. Browning is presently a completely owned subsidiary of FN Herstal.

Browning presented a line of hunting boots in 1968 and proceeded to plan and manufacture footwear through external merchants until 2001. In that year, a permit agreement was reached with Connecticut-based H.H. Earthy coloured Shoe Company, a subsidiary of Berkshire Hathaway, to manufacture Browning Footwear.

In 1968, Browning presented a line of cutlery as three fixed-blade hunting blades and a collapsing blade planned by custom knifemaker Gil Hibben. Throughout the long term, the arrangement has developed and Browning has teamed up with other knifemakers like Jerry Fisk, Bailey Bradshaw, John Fitch, Joseph Keeslar, and James Crowell of the American Bladesmith Society. In 2004 Browning partnered with several custom knifemakers to create a progression of “Living History Knives” respecting famous American generals and battles. The setup incorporated a Liberty Tree Knife made by Larry Harley; a Robert E. Lee Knife and an Alamo Knife respecting Jim Bowie planned by Jerry Fisk; an Ike Knife regarding Dwight David Eisenhower planned by Jim Crowell; and a Crazy Horse Knife by Brent Evans. Browning has as of late partnered with the major game tracker, Russ Kommer as their blade architect.

Retaining popular features from the original, similar to the TurnKey magazine plug, Inflex withdraw pad, speed-loading port, and a magazine cutoff, the Maxus II adds an enlarged bolt handle and release and a delicate brush addition to additionally decrease pull back. It also gets rid of the Maxus forend latch, replacing it with a conventional magazine cap.

The main 3½-inch self-loader, the Super Black Eagle, made Benelli an easily recognized name among waterfowl trackers who learned to depend on it in the most awful circumstances. This year, 3-inch 12-and 20-gauge models join the 3½-inch SBE3 in the arrangement. They share all the features of the 3½-inch SBE3, including a carbon-fibre rib, withdraw lessening ComforTech stock, enlarged controls, and the Easy Lock bolt that’s difficult to take out of the battery.

The 3-inch 12 makes a versatile decision for trackers who want to cycle lighter practice and pigeon loads, and the 20 ought to appeal to the growing number of trackers who partake in the diminished weight and force of a smaller drag in the duck blind. The guns will come in black engineered and Optifade camo.